A hypocrite is said to be “a person who claims or pretends to have certain beliefs about what is right but who behaves in a way that disagrees with those beliefs” (Merriam-Webster Online).  The Urban Dictionary defines a hypocrite as:

(1) A person who engages in the same behaviours he condemns others for.

(2) A person who professes certain ideals, but fails to live up to them.

(3) A person who holds other people to higher standards than he holds himself.

An upright person is said to be “always behaving in an honest way: having high moral standards” (Merriam-Webster Online). Moreover, a servant is an individual “who is devoted to or guided by some[one else] [or] one that serves others” (Merriam Webster Online).

I have the honour of mentoring some beautiful young ladies and a handsome young man.  My aim is to help them get closer to God and I do so by challenging them in the necessary areas.  One of the challenges requires that they spend time with God each day.  My motto is: “Anything I ask them to do, I must have done or be doing.” One of my mentee is asked to spend 40 minutes with God: 20 minutes to read and 20 minutes to pray. So I challenge myself to spend 1hr with God.

My hypocrisy came into play when I began to give God less than even 10minutes per day. I was asking and expecting my mentees to do something daily, that I wasn’t doing.  I was being a hypocrite.

Just like the Pharisees and Scribes in the bible.  They were the keepers of the law and expected the Jewish people to observe the laws but they themselves did not keep the laws. They walk around with an air of piety (righteousness) and judged the persons who broke the laws.

God showed me who I really was, then He led me to Job 2

Job2:3 “And the Lord said unto Satan, Hast thou considered my servant Job, that there is none like him in the earth, a perfect and an upright man, one that feareth God, and escheweth evil? And still he holdeth fast his integrity, although thou movedst me against him, to destroy him without cause.”

As Christians, our very worship disturbs the enemy. If we trouble the enemy, we must expect him to retaliate.  Satan could not move Job because he was an upright servant; he was honest, moral, had integrity and shunned evil.

If we are honest and know that it is God we are serving, whatever the enemy comes back with will not shake us or move us.  But if we remain hypocrites: pretending to have on robes of righteousness and holiness, pretending to be close to God, and pretending to know who God is….then it won’t be easy to stand against the enemy.

We leave ourselves open to spiritual attacks when we ask persons to do what we won’t do and when we profess that we are Christians but do not spend time to know God, we are disobedient, judging others … and the list goes on.

Ask yourself, “Am I being a hypocrite?”

Let us make the necessary steps to become upright servants. 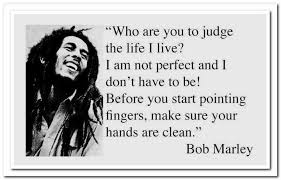 I am Klasik Krys, the creator of this blog and the recorder of Purposeful Inspiration videos. I hope you were blessed by watching and reading. Check out my About the Author page to learn about me. View all posts by Klasik Krys

This site uses Akismet to reduce spam. Learn how your comment data is processed.