I now have 50+ followers and I want to take the time to say a big, heart-felt THANK YOU!

I do not take your likes, comments, or follows lightly. With every new comment, like, or follow, I tell Daddy thanks for allowing you to find my blog. Thank you! 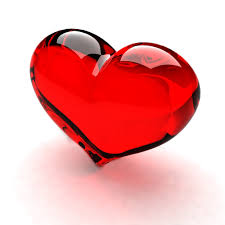 I love you! Blessings.

Most persons around the world may know that the Caribbean was once mainly under the British and Spanish rule.  This blog will focus on Jamaica, specifically, as I am a Jamaican.

The slave trade, as it concerned Jamaica, took place between the UK and Africa. According to what I learnt in History class, the UK merchants left with European goods to trade with the Africans for the capture of their own people.  Imagine, Africa had their own goods, which according to History class, were of a better quality than the European goods….but….since it was from a popular culture, the Africans eagerly traded people for goods.  Not to mention being enticed by weapons that could shoot people from a distance, no longer did they need to attack their own people with swords, arrows, or knives.

Yes, I do understand that the cultural climate of Africa was, and in some areas still is, tribalistic.  Therefore, they had no problem trading their fellow black nationals because they were from the rivaling tribe after all.  However, to do such a thing for mere merchandise is inhumane and cruel.  We, in Jamaica and humanitarians on a whole, argue that the treatment the slaves received in slavery was inhumane and that the colonizers were wicked. Well, so were the Africans. How can you trade people for material goods? And to a group of people who hated you because of the colour of your skin?

Anyways, after the British obtained their ‘cargo’, they headed to Jamaica to trade and/sell the slaves with the plantation owners.

Many years, many deaths, many murders, and many rebellious uprisings later, slavery ends. Later, the British, after receiving all the benefits from Jamaica, leaves the island and Jamaica becomes independent. Hooray, right? 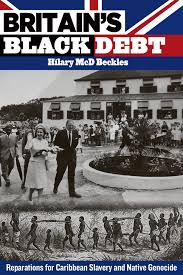 From independence, up until today, Jamaica has been asking (but I really want to say begging) England for Reparations. The general sentiments are that they have drained the island of the natural resources, they have benefited greatly from the sugarcane production, and they should pay us back for what they did to our ancestors.

Why are we so adamant that we NEED reparations from UK because of slavery? Yes, they did play a chief role. Yes, they were the colonizers. HOWEVER, Africa played their part as well. Based on my knowledge, it was the Africans who made a deal with the ”white people” and willingly traded their fellow back men for foreign merchandise.

Yes, people should pay back Jamaica for what happened to her people and land during slavery. But, why only the UK?

My rationale…..if we NEED the UK to pay for what they did to us (our ancestors), then we should DEMAND that Africa does the same. If we don’t think Africa should give us reparations, then to be fair, the UK shouldn’t be asked to do it either.

Disclaimer, there maybe some error regarding the facts as I am writing from memory and this is a rant and not a formal discussion. This is just me stating the issue as I see it.